Who wins if Muafakat Nasional falls?
PETALING JAYA: Who will be the winner if Muafakat Nasional (MN), the alliance between Umno and PAS, falls apart before the next general election?
A divorce looks likely before the election, and analysts are split over whether Umno or Bersatu will emerge as the big winner. They agree that PAS will be hurt because it will lose the backing of Umno and its supporters.Last Tuesday, Umno president Ahmad Zahid Hamidi said it might be time to “move on” from the union that the two parties formed in 2019 because his party needed to face the general election without the uncertainties of the alliance hanging over it.

PAS is also a part of the Bersatu-led Perikatan Nasional coalition but Umno has resolved at its general meeting against working with Bersatu. Caught in between, PAS has said that it plans to back incumbents in constituencies where Umno and Bersatu clash. 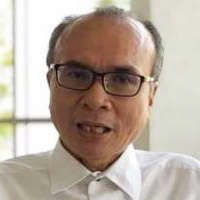 “In 2019, when they joined forces after the 14th general election, the public perception of Umno was not very good,” he said. “But this has changed. The party is now in a much better position should it decide to head into elections without PAS.

“Personally, I do not see PAS’ rationale behind its support for Bersatu, as it does not command the same number of seats or have the strong machinery on the ground that Umno has built over the years.”

He said some kind of formal split would also make things easier for Ismail Sabri Yaakob and his administration as they would no longer need to cater to the needs of PAS.

“Umno is a nationalist party, whereas PAS is very much an Islamist party. A split will help Umno as it may then be seen as potentially more moderate,” Jeniri said. 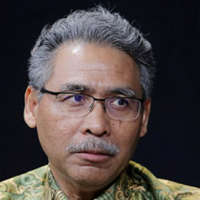 “One thing is for sure. PAS and Umno would be the big losers if MN does not move forward since it’s proven to be a successful combination in some recent by-elections,” he said.

He was referring to polls in Tanjung Piai and Cameron Highlands in 2019 where the parties’ combined machinery was able to propel allied candidates to victory.

“Bersatu would be the winner from all of this since it is the one that badly needs PAS’ support if its candidates are to face Umno,” Azmi said.

However, he said this was not likely to have much of an impact on the opposition “as Umno, PAS and Bersatu have a lot of overlap in supporters” and they were unlikely to break away from the three.

Who wins if Muafakat Nasional falls?

Please consider supporting us by disabling your ad blocker